Too Much of a Good Thing

I just returned from a trip to the grocery store where I heard the song "All I need" by Jack Wagner.  Remember him?? Frisco from General Hospital back in the 80's?  I was totally in love with him...what red blooded woman between 14 and 70 who watched General Hospital wasn't?  He may have even been my first crush.  Oh and his music...I literally knew every song he sang word for word.  So as you can imagine, as I was perusing the dairy aisle of Big Y and heard "All I Need"....well, I got really excited...and what started out as a low grade hum culminated in a full fledged sing-a-long by the time I got to the frozen pizza aisle.  I literally couldn't stop myself.  In my defense there were very few people actually in the store on a Monday morning, but I do have to wonder if they have security camera's in the aisles that may have caught my impromptu karaoke session on tape.  Even if so, I wouldn't take it back!  When I grabbed that cucumber and used it as a makeshift microphone, it brought me back to the days when me and my BFF Bridget would grab a hairbrush (or whatever else was in reach) and belt out our favorite songs.  I'm totally liberated today.

Anywho, while shopping, I was doing my rounds in the produce department (who was unfortunately NOT lucky enough to be a part of my Monday morning entertainment circuit) & I went to grab my "stand by" fruits & veggies...one of which includes kale that I regularly put into my green smoothies. I remembered an article that I'd recently read about the CONS OF KALE!  Yes, you read that right.  There's actually such thing as eating too much kale which can result in thyroid issues when overdone.  What the hell kind of a world are we living in when you have to watch your kale intake???  It makes me question all of humanity.  Now I have no idea how much weight this article really carries and exactly how much kale is too much...but it did make me think that there can be "too much of a good thing".  I mean, I suppose it's like everything - moderation/balance/everything has it's place.   That's what I aim for in life.  A Yin/Yang sorta thing.  So every now and again, I'll eat an entire box of Macaroni & Cheese for breakfast to even things out.  In fact, I did that yesterday. And I didn't feel bad.  And I was liberated.  Totally liberated.

And now onto something totally NOT liberating....Winter. 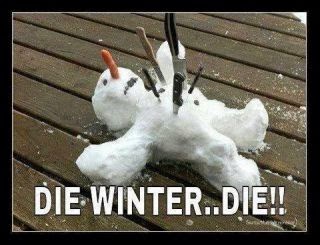 That's all there really is to say about that.


Finally, as winter colds & germs continue to run rampant, my little Benjamin has been fighting a random high fever.  Although he's fine now, there were a few days where his fever would spike up to 103 degrees...no other symptoms. It would typically happen at night and he'd wake up fussing and hot. I decided it would be best to sleep in his bed with him so I could keep an eye on him and be there in case he needed me.  Ok, so here's the scene. A twin bed...Me, Ben...and once Lauren caught wind of the fact that I was sleeping in Ben's room...she showed up with her pillow and blanket and got in bed too. 2 of my cats also enjoy sleeping on top of me- so they followed me in and jumped in bed,too. They kind of drape themselves over me and purr...which is really sweet and normally a welcome comfort....but in the context of the already crowded bed, it made for quite the interesting night's sleep.  I think the most insulting part of the whole thing was waking up in the morning all curled up and twisted to accomodate the 4 other beings in the twin bed and feeling something uncomfortable underneath me.  When I got out of bed I found I'd been sleeping on top of a pink seahorse bath toy and a matchbox car... 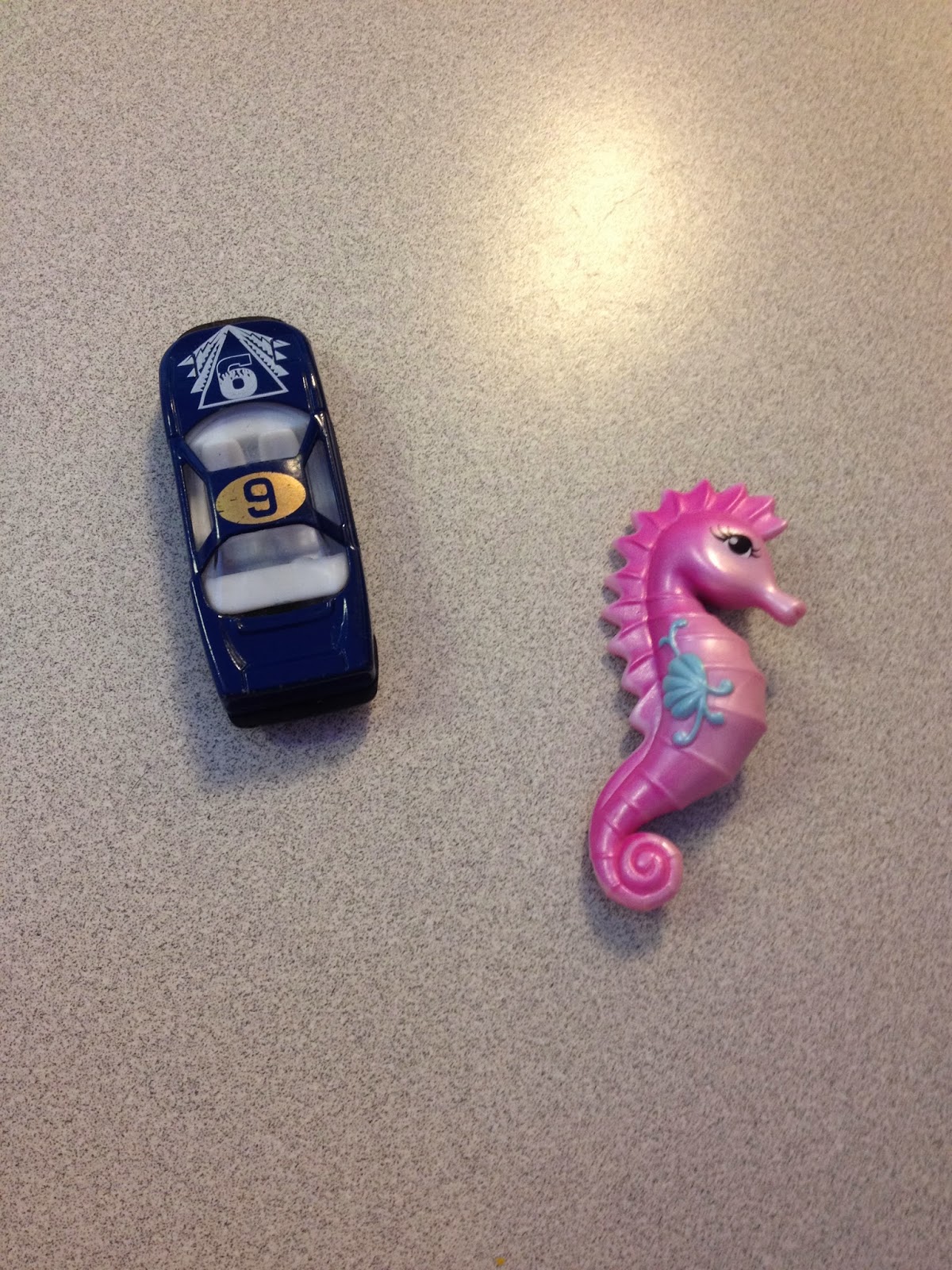