There's a Sock In My Orange Bowl

Ask, and you shall receive... I had to go and ask for snow in my last blog, and here we are.  It's been basically snowing nonstop, with like 18 feet of snow on the ground and another foot or two coming each day.  Ok, that's really dramatic- but seriously it's ri-goddamn-diculous.  Winter is here with a vengeance.  The snow days are piling up, and there's only so many art and science projects I can do to keep the kids entertained before we end up watching Frozen again, or taunting Siri on the iPad for fun. 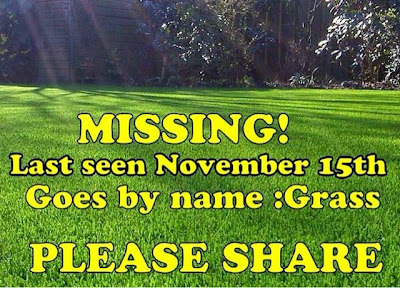 The other night we were reading a book before bed, and the kids started asking cute questions about when they were babies.  We looked at some old pictures and they wanted to know how we came up with their names and what other names we had considered.. So I told Lauren that we always knew she was going to be Lauren Allison and the only other name we really considered was Allison Grace.  Lauren informed me that we made a good choice and that she likes her name, but wanted to know why we hadn't considered the name "Rainbow".  And she was really perplexed by this, as if it was the logical 3rd choice after Allison and Lauren.  I'm guessing this has something to do with her love of My Little Pony's "Rainbow Dash".

Ben was then excited to hear about how his name came to be.  Then funny thing with him was, as soon as I found out I was having a boy, I already picked out the name "Nicholas".  I loved that name and was 99% sure that would be his name.... Until he was born.  He just didn't look like a Nicholas.  As we got to know him over the next day (yes, he was unnamed for an entire day while we mulled over the perfect name).. Suddenly he was Benjamin.  It seemed so obvious - yes, Benjamin:).  Benjamin Ryan.  And it was the perfect choice for him :).  Hearing his story, Ben has requested I call him "Nicholas" sometimes just for fun.  Which of course got Lauren to thinking she'd like to be referred to as "Rainbow".  At random times now in the grocery store or out in public, they'll insist on me calling them "Rainbow & Nicholas"...  Sure, why not.  Hop aboard the crazy town express... Rainbow & Nicholas will be your hosts.


Benjamin/Nicholas/Bunny actually just celebrated his 5th birthday last week.  We had his birthday party at one of those bounce house places over the weekend which turned out to be lots of fun.. 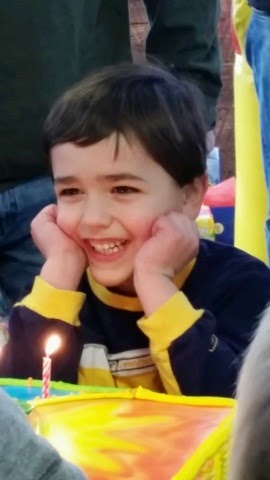 Ben and his preschool classmates got to run all their pent up energy off after being couped up in the house for what seems like months.. You could hear the collective buzz of energy from the 20 kids as they ran and bounced and screamed.  If it were possible to bottle all that energy, you'd have a proprietary concoction for an insane energy drink that would surely rival Red Bull.  Although the party was a success, I woke up at 3am the night before and realized I'd forgotten to put together "goodie bags".. (Insert collective gasps of disgust here).  The party started at 10am so I had 7 hours to figure this out. Upon a Google search, I found many forums where absent minded moms just like myself had found themselves in a similar predicament.  At first I thought it might not be a big deal to forego the party bags altogether... But then I started reading, and this is like a whole "thing".  Throw everything you thought you knew about parenting out the window and heed this one piece of advice: DO NOT even attempt to host a 5 year old birthday party without a party favor of some sort, or else you'll have anarchy on your hands. It's simply not done.   I'll spare you the painstaking hours of research I did by telling you that it's acceptable to give just one nicer party favor that ties in with the theme of the party versus putting together an actual bag of "goodies".  If this isn't life changing advice, I don't know what is.  So since Ben's cake was Hot Wheels, I picked up 25 Hot Wheel cars and let each child chose one to take as they left.  It was a success and to the best of my knowledge there were no scuffles in the parking lot between party goers who didn't get the Hot Wheel they wanted. Whew!

Lastly, if you're wondering about the title of this blog, it's as simple as this:  there's an actual sock in my orange bowl.  Don't overthink it.