Well, here we are.  It's January again, and as promised, it's bleak and gray.  I'm not going to mince words here... I don't like January.  It's hard to wrap my arms around.  It's not even snowing.  If it's going to be Janurary, bring on a snowstorm.  A REAL one - none of this whimpy 2 inches stuff.  Give me a blizzard!!!  At least then, it's pretty and we can go sledding and enjoy the outside..and make awesome fires (in the fireplace, of course)..and stay in and not have to worry about getting the kids to school.  I can embrace that.  But we're not even getting snow -instead it's cold and gray and BLAH! I've managed to get out for a few hikes with Molly despite the weather, but for the most part - once Christmas has come and gone, winter loses it's luster.... 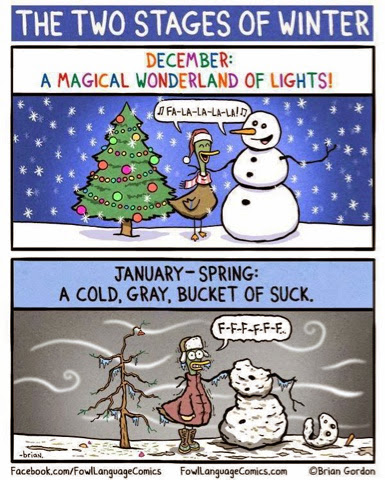 ^^Truer words were never spoken.  If I could somehow finagle it, I'd go to Florida and live with my sister for the month of January.   But then we have all the pesky details - like the kid's going to school and my roving gang of animals.  I have visions of my sister coming home from work one Janurary day to find I've moved my llamas into her 2nd bedroom.  Kidding - I don't have llamas...but it's a lot of fun to type.  Llama.  2 L's.  Why not just one L?  Lama.  Get's the point across.  Who thought the 2nd L was necessary?  Losing an L in no way compromises the integrity of the word.  When saying the word, it's not like people are going to know you dropped one of the L's.   In fact, when I say it, I ALWAYS secretly drop one of the L's.  To this day, I've never had anyone call me out on it.  So... 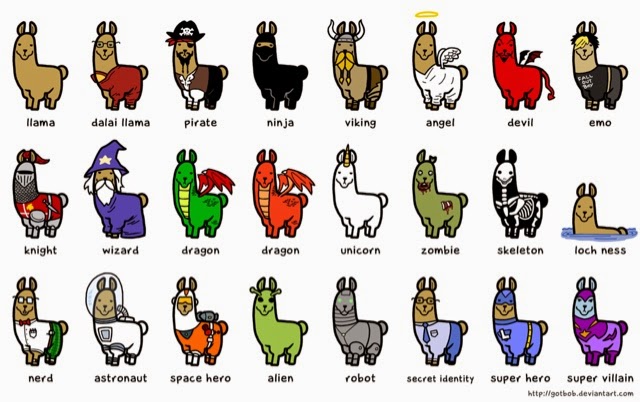 As mentioned in a previous blog, in an effort to entertain ourselves, Brian & I have been using Lauren's Frozen karaoke machine.  Things have totally gotten out of hand.  We have it all set up in the Family room with youtube connected to the Chromecast on the tv so we can read the lyrics to basically any song we want.  It's gotten so that the kid's are requesting that we "do songs" before they go to bed.  Yep.  It started off innocently enough... doing the usual karaoke songs - Gloria Gaynor's "I Will Survive", Motley Crue's "Home Sweet Home"...  And then one night we started to look for more exciting songs.  Brian started exploring his "thug rap" side and wound up doing "Tricky" by Run DMC.  I thought it would be fun to do some AC/DC and somewhow ended up singing the classic "Big Balls" complete with a britsh accent.  Which is, of course, a song about ballroom dances.  By this point the kids were in the other room playing and we figured they were none the wiser.  So the next evening when they asked if we could do songs, Ben asked if I could sing the "Big Balls" song - totally assuming it was about soccer balls.  Things have gone off the rails here...

The other thing I'm totally obsessed with now is bingewatching "24"...ya, I realize I'm like 10 years late to that party - but we recently discovered it on Netflix and Kiefer Sutherland has since moved into my living room.  I love being really into a show and being able to watch 3 seasons in a week.  The instant gratification is SOOOOOO wrong and yet so right.  And now if you'll excuse me, I have to go feed my Lama.  I'll leave you with a recipe I made last night - Cajun Shrimp & Crabmeat bake in a Montery Cheese sauce.. 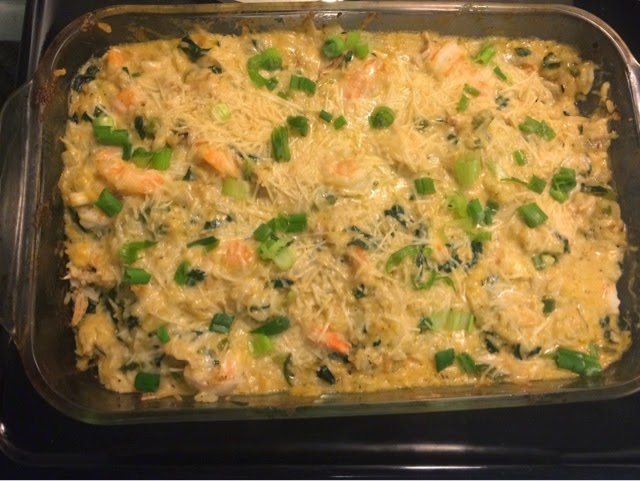 Here's what you need:

Thaw shrimp and put aside.  Preheat oven to 350.  In a large skillet cook the green pepper, onion, celery, spinach & garlic in 1 tablespoon of butter for 4 minutes.  Transfer to a medium bowl and add in the cooked rice.  Stir to combine.

In a small saucepan, melt 2 tablespoons of butter over medium heat.  Stir in flour and cajun seasoning and cook for 1 minute while constantly stirring.  Stir in milk and cook until thickened and bubbly.  Reduce heat to low and add montery jack cheese.  Stir until cheese melts. Mix in with rice mixture and combine well.