Lauren Allison turned 6 while we were on vacation in Florida last week!  We had a blast and celebrated by getting Mani/Pedi's, going to the Aquarium and seeing Winter the Dolphin (who is also a celebrity :), petting the stingrays, going for a walk on the beach, then going bowling & having cake.  It was a unique opportunity to spend her birthday away in Florida and spend a whole day celebrating as a family. It was a great vacation and the infusion of sun & warmth was enough to recharge me for winter (talk to me in January and I'll see where I stand with that..) 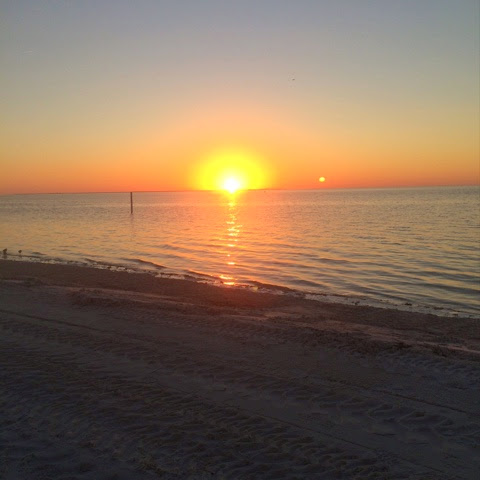 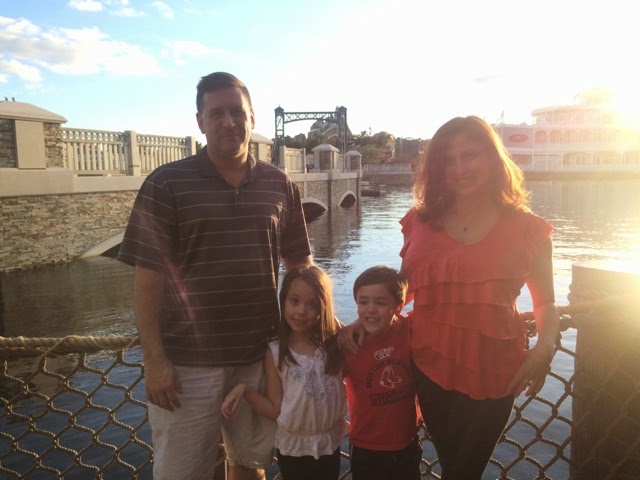 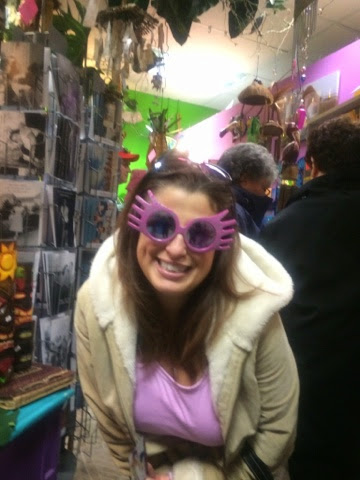 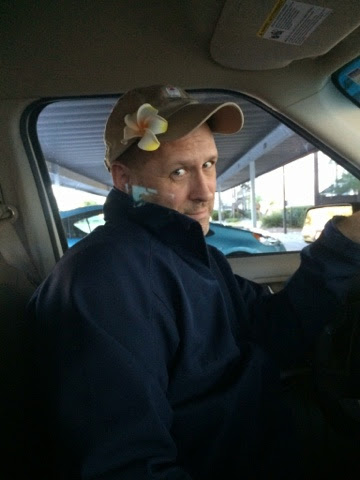 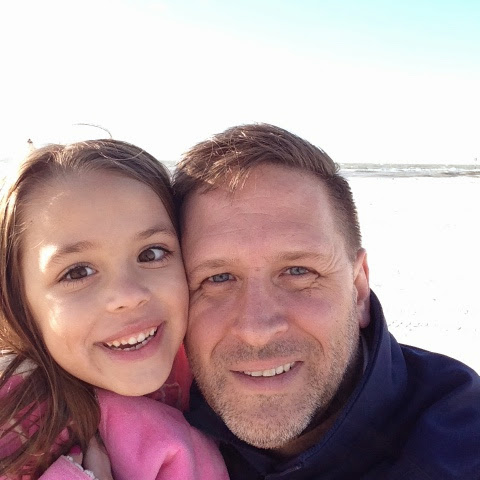 Lauren's doing great in school and has even managed to buy lunch and try new things despite her protests.  She is a PICKY eater!!  I mean crazy picky.  It's sort of become a battle of the wills now - with us trying to get her to at least TRY new things and her literally sitting at the table looking at the "offending food" and crying.  I'm obviously a horrible mother...trying to get her to eat a blueberry and a cooked carrot.  But I'm a softie - I totally admit it.  When I give her something for dinner and she won't eat it, I worry she'll go to bed hungry and then make her something else for dinner that I know she'll eat.  Everyone (including her pediatrician) has told me to make one meal and if she doesn't eat it, that's it until morning.  UGHHHHHH!!!   I just can't.   And so one day I realized we were out of her signature peanut butter I usually make her for lunch, so she had to buy the school lunch - GASP!  After a morning full of protests and her telling me that she was "freaking out"...she went off to school and bought lunch.  When I picked her up from school that day, she told me "It was the best lunch ever" and that she tried carrots and grapes and "some yellow vegetable".  WHAT???  Here I sat at the dinner table for HOURS, painstakingly bribing her to eat one bite of a carrot while she wept, and then she goes off to school and eats everything in sight??  Mmmm Hmmm.... Touché, Lauren....Touché...

Ben  & I were driving home from preschool the other day and I was flipping around on the radio and came across Taylor Swift's "Shake It Off".. Of course I kept flipping.  But Ben immediately starting screaming "NOOOOO Mommy!!! I want THAT song!"  What the....???   To avoid a total shitstorm i put it back on, and I look back to see Ben bopping around in the back.  I asked him how he even knew that song to which he replied "I just know, Mommy..  Can you turn it up?"   Umm... Ok.  Sorry to interrupt your "flow", Bunny.. 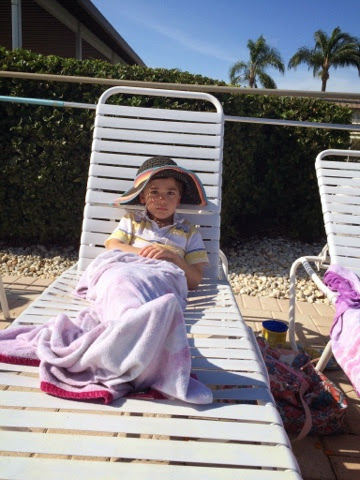 In other Ben news....I missed "brown day" at Ben's preschool...each month they have a color day where they focus on a color and the kids wear the themed color (shirt, pants, and bring a treasure from home) and then the kids graph it all out with help from the teachers.  Anyway, I've never missed a color day for either of the kids, but this....I totally forgot!  I felt horrible. We went in and all the kids were wearing brown and had their brown treasures from home, and my little Ben had his blue shirt on and I serioulsy felt like the worst mom in the world.  I realize I'm totally blowing this out of proportion, but here's how my thought process went..."Brown day!!!  Holy shit!  Poor Ben...he's the only one not wearing brown.  I'm an asshole.  How did I not see this on the preschool calendar on the fridge??  What's wrong with me?  I'm so overwhelmed.  I have too much going on.  I need to simplify my life.  What does that even MEAN??  I need to stop playing games on my phone and get off Facebook.  Yes, that's it...I'm distracted.  Fucking electronics.  Mom's had it so much easier in the 70's.  No email, no social media.  It's ruining our society.  Plus the clothes were so much cooler back then.  I'm such a hippie. I was born in the wrong decade.  I wonder if there are any vintage clothing boutiques around here?  I should look that up when I get in the car.  THE CAR!!  Yes, maybe I can find some brown treasure in the car for Ben - there's gotta be a rogue matchbox car under the seat that has some brown in it..."

And so I scurried out to the car and checked under the seats only to find a half chewed dog bone.  I breifly contemplated the fact it IS light brown.... NO!  No...that's just wrong.  And I drove away from the preschool teary eyed wondering if my child would ever recover from the Brown Day Debacle of '14.  While part of me totally gets that in the scheme of things this is no big deal, the other part of me feels like a big mom failure.  This is obviously Facebook's fault.

Molly, my foster dog,  was spayed a few weeks ago.  She's 5 years old and had obviously been bred many many times before landing in a NYC shelter.  So we had her spayed on Wednesday and by Friday started looking around the house and whimpering.  I checked her incision and that looked fine.
She was eating.  But she was clearly upset by something.  Finally, she located the stuffed animal bin in the kid's playroom and took a stuffed animal back to the couch.  Ok.  I figured she was just looking for something to chew on.  Over the course of the next several hours, she'd hoarded 3 more stuffed animals on the couch and was licking and seemingly caring for them.  She wouldnt leave them.  I started to realize that after the spay, her hormones were a bit whacky and probably mimicked that of post pregnancy.  She thought these stuffed animals were her pups!!!  For the love of GOD!  And so all weekend, Molly held court on the couch, caring for her faux litter. I had to bring her food in so she'd eat, and in order to get her to go out to potty, I'd have to take one of the "pups" and coax her outside with it...then stand there snuggling it while she went potty.  Once she was done, she'd hop up and take the "pup" and head in and back to the couch.  As I stood out there in the rain one evening, holding Lauren's Hello Kitty umbrella & snuggling a stuffed cow while Molly went potty...I wondered how I'd arrived at such a moment. 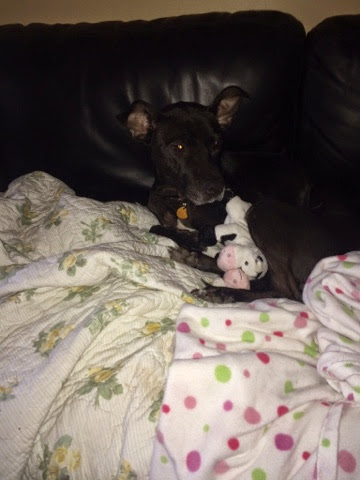 Molly then took a 10 day trip to my mother's house while we were on vacation in Florida.  Grandma of course spoiled her, and bought her coats, and even a Christmas sweater.  Molly went to doggy day camp every day where she played & got lots of love from the staff.  And she is also now on a gourmet diet.  I sent her to my mom's on dry dog food - a quality grain-free food called Taste of The Wild.. not too shabby!  She came back on such meals as "grass fed organic ground beef & rice" as well as various chicken stews, pureed chicken breast and organic dog food cans which my mother had labeled "really likes" or "doesn't care for".  Yep. Now  Molly's looking for home cooked meals and basically refuses to eat her dry food.  Why not?  I have all the time in the world... while I'm at it I might as well start making the cats seafood casseroles.

Last month we lost our sweet tuxedo kitty, Jesse to cancer.  It was so sudden and totally unexpected. He was only 10 years old.  I've had him since he was 2 weeks.  I rescued his mom and her 4 kittens 10 years ago.  Jesse was so sweet I just couldn't let him go, so I kept him.  He was a happy go lucky, sweet boy who loved to snuggle.  When Lauren came along he took to her immediately.  He'd sit beside her on the floor while she watched Baby Einstein at 3 months old.  He's been attached to her and would sleep with her & Ben and follow them everywhere.  One day about 4 weeks ago, I noticed he didn't come down to eat that day.  He was sitting up on the kids bed.  The next morning we found him hiding in the bathtub and I knew something was wrong.  When I picked him up, his bones were so pronounced...like he had lost muscle mass.  He had been seemingly fine just days before.  I called the vet and took him in immediatley.  As I was sitting with him waiting at the vet's office, I noticed the inside of his ears looked yellow.  As I seperated his fur on his back I realized his skin was yellow all over.  By the time the vet came in, I knew it was serious.  Tests confirmed he had a cancerous mass in his pancreas which had spread to his liver.  There was no saving him.  They could do chemo to lengthen his life maybe by a few months, but he'd have to be fed by a feeding tube.  His quality of life would've been awful.  As I held him, I could see the sparkle of life in his eyes had dimmed.  He was limp and sick and completely opposite from his usual happy, lively dimeanor.  It had just happened so fast .  There was no time to absorb it... he was suffering and we had to do what was right by him, so we opted to put him to sleep.  The vet gave me some time with him to say goodbye, and I swear he looked at me like he knew what I was saying.  I knew it was the right thing to let him go, but my heart was broken.  I prayed that my grandpa (my mother's father) would be there waiting for him on the other side.  My Grandpa was a huge animal lover who saved countless dogs & cats over the years.  He'd take my mother as a little girl and they'd go to the pound and take dogs that were about to be put down, and he'd find them homes.  I hoped he'd be there waiting for Jesse.  The irony was coming home after and feeling such a void in the house with Jesse's absence.  Even with 3 other kitties, an English Mastiff, and my foster pittie, there was still an emptyness in the house without Jesse.  Rest in Peace, Sweet Boy... 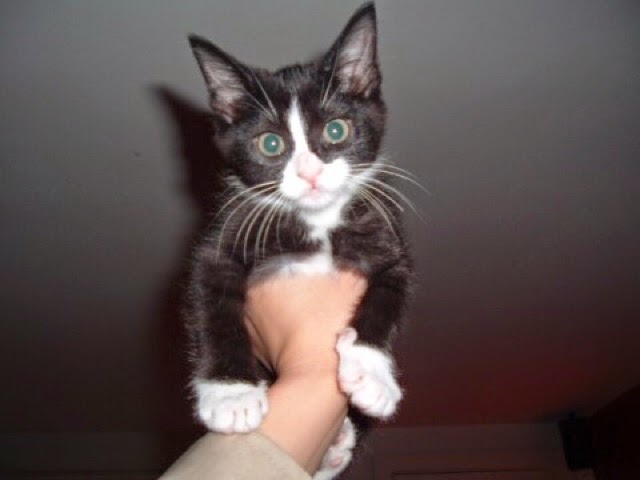 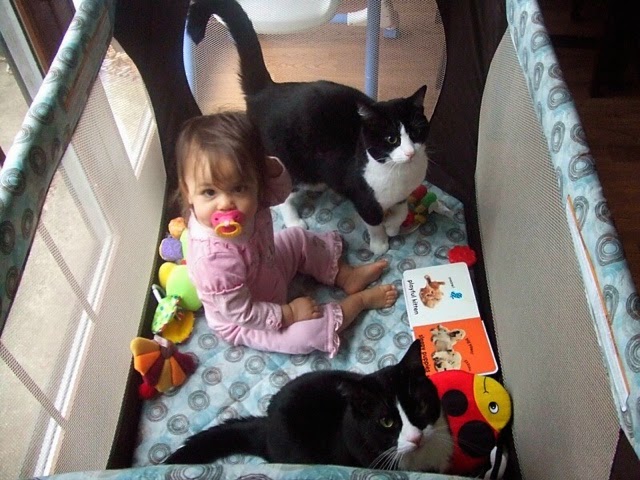 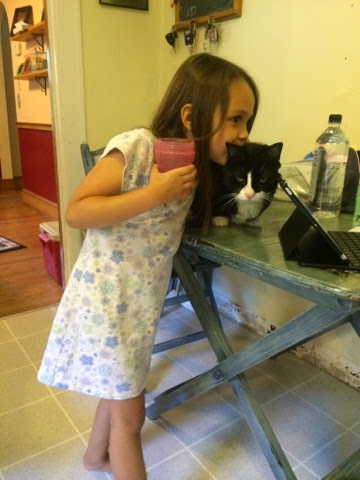 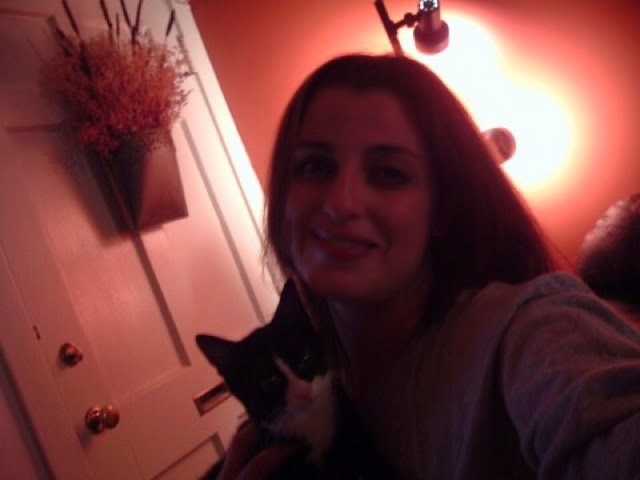 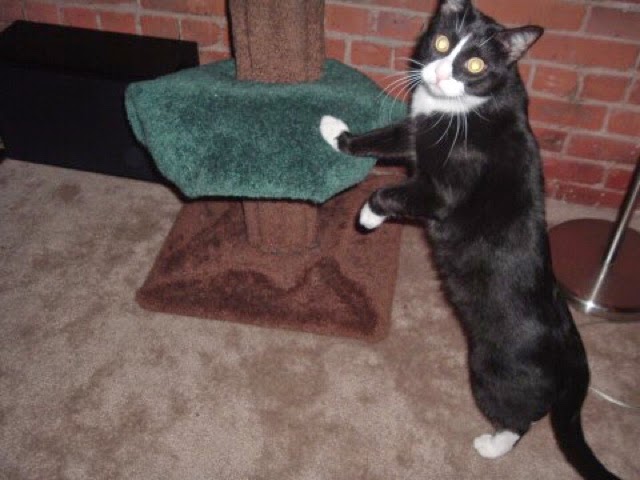 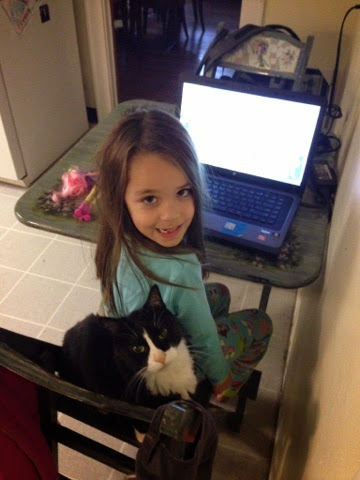